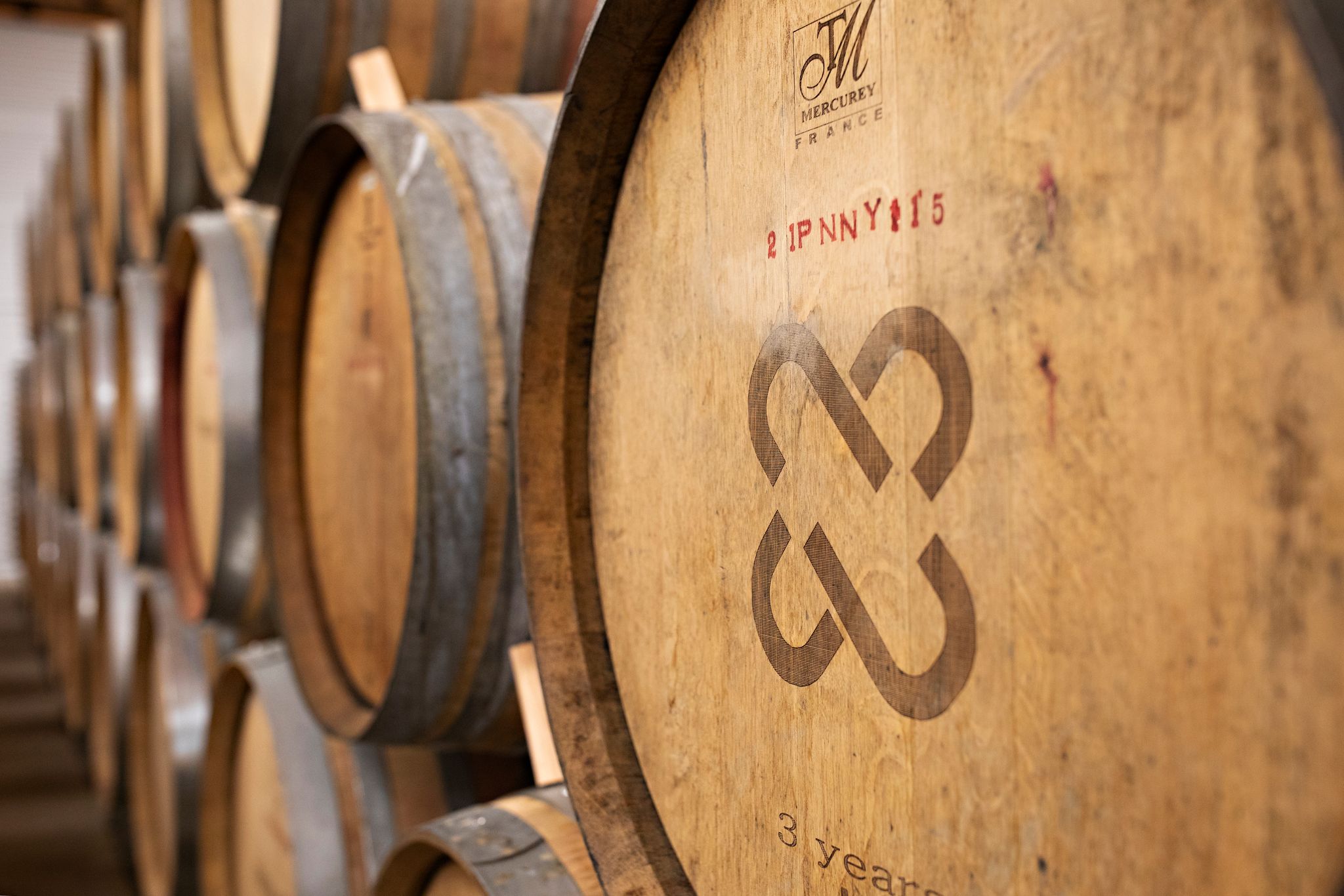 The 2014 vintage started two weeks earlier than average, and ripening took place over a warm and dry summer. Heat accumulation for the season exceeded 2006, breaking records for Oregon. Uncharacteristically warm night aided early ripening, and harvest began on September 14th, and was finished on October 2nd.

For its debut vintage, Nicolas-Jay had to deal with a very warm vintage, providing plenty of opulence from the outset. The wines were rewarding young, very sweet and caressing, and have held up well since. They even seem to have acquired some freshness and tension in the bottle, an evolution not so strange when you think about great ripe vintages in Burgundy. Today, most of the wines are approachable and drinkable, including Bishop Creek, which may still have several years left in bottle.

Bud break began in March, and warm and dry springtime conditions led to high fruit set. As in 2014, milestones for the vintage occurred roughly two weeks earlier than Oregon average. The summer was hot – Western Oregon received an historic amount of 100 degree days, and sunburn took place depending on vine location. Temperatures cooled to average for harvest, which took place between September 3rd and September 19th.

2015 was the earliest vintage in Oregon but the weeks before harvest were mild. The vintage provided wines with richness but also a preserved structure, that is, plenty of acidity and tannins. The wines had some edges at the start, it took them 12 to 24 months after bottling to find their balance. Today, they offer wonderful freshness, vivid aromas boosted by their natural acidity, combined with a smooth texture. They are very attractive, while still showing very young. Expect these wines to retail youthful energy for years to come.

Early budbreak and warm springtime temps recalled the 2015 and 2014 vintages, and a 100-degree heat spike during bloom resulted in millerandage and overall low yields. Fortunately, summer was mild, and even saw rain on occasion, and ripening slowed until mid-August. Harvest started early on August 30th, and concluded on September 20th.

After another precocious season, 2016 displayed a “sweet” character: tender wines with a light structure, showing fleshy opulence and ripe aromas. They were balanced however, alcohol was kept under 14%, and offered pleasure right from the outset. While keeping some freshness, they have taken a new dimension since, thanks to tertiary notes that have given them depth and complexity. They are in a very fine drinking window right now.

The 2016-2017 winter was exceptional, and Oregon started spring with ample rain and a large snowpack. Classic Oregon springtime conditions persisted until the first heat spike in late May, though temperatures cooled again for most of June and July. Extreme heat in August was paradoxically mitigated by the presence of  British Columbia wildfire smoke in the stratosphere. A slow harvest took place between September 24th and October 5th with beautiful weather, and no disease pressure.

Harvested in late September under overcast conditions, 2017 was a generous harvest: the yields were high in comparison to the previous vintages and the wines seem to give all they had right from the outset. Aromas of red fruits, a silky, honey-like texture made them extremely approachable, and easy to decipher. Pure enjoyment!

They are still not marked by age, and should be drinking youthfully over the next two years. Yet despite their youth, they are surprisingly open, and their delicate structure rewards tasting. They’ll age well, but if you have 2015 or 2018 in your cellar, it is preferable to let these bottles to rest and drink 17.

A later budbreak was a refreshing change from previous vintages, and summer was marked by warm and dry weather, though without challenging heat spikes affecting grape conditions. Yield were average for Nicolas-Jay, between 1.5 and 3 tons per acre. Harvest was slow and steady, with occasional rain, and largely allowed us to process at our own pace. Picking took place between September 14th and September 30th.

The coolest vintage in the Willamette Valley since 2010, the 2019 vintage began with wet conditions in spring. Yields we slightly higher than 2018, and summer provided rain events in June and July, combined with lower-than-average maximum temperatures throughout the growing season. Disease pressure was higher due to increased humidity, and we maintained a vigilant eye on vineyards. Heavy rains and a rapid cooldown resulted in an early and very compressed harvest window – September 14th to September 29th.

An otherwise dry and warm spring had a wet pattern during flowering, reducing yields to records lows in many areas. A warm summer was shaping up to produce phenomenal harvest when a system of lighting storms produced record wildfires in the Cascade Range, whose smoke inundated the Willamette Valley, all but destroying the vintage. Nicolas-Jay produced small amount of Rosé and direct press Pinot Noir, as well as Chardonnay.